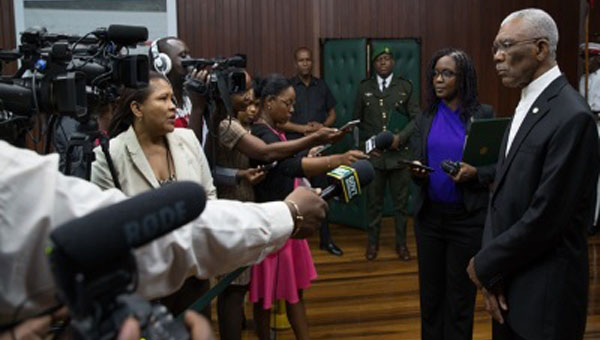 GEORGETOWN, Guyana, October 16, 2019 (CMC) – President David Granger said, today, he will be travelling to Cuba, on Saturday, for another medical check-up, after he was diagnosed with non-Hodgkin Lymphoma, last year.

“I have to return to Havana on Saturday… every 90 days I have to go for a check-up,” Granger told reporters on the sidelines of the accreditation ceremony for Germany’s first woman ambassador to Guyana, Ute König,

Since his diagnosis, Granger has undergone several rounds of radiotherapy treatment. He returned home in July this year, after having been given the “all clear” by his team of medical specialists in Cuba.

Granger, 77, is expected to lead the coalition, A Partnership for National Unity-AFC (APNU/AFC), into the March 2, 2020 regional and general elections.