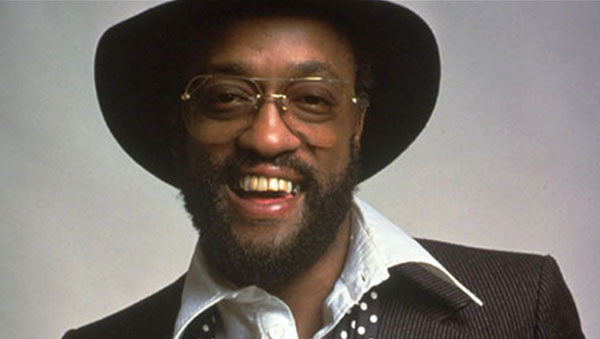 NEW JERSEY, US — Born Paul Williams on December 1, 1934 and later renamed Billy Paul, the award-winning Soul and R&B crooner died from pancreatic cancer, on Monday afternoon, April 24, at his home in the Blackwood section of Gloucester Township, in New Jersey.

A Grammy Award-winning American soul singer, Paul — who was born in Philadelphia, Pennsylvania, and raised in the North Philadelphia section of the city — was renowned for his 1972 number-one single, “Me and Mrs. Jones”.

He was one of the many artists associated with the Philadelphia soul sound created by Kenny Gamble, Leon Huff, and Thom Bell, and was identified by his diverse vocal style, which ranged from mellow and soulful to low and raspy.

His love of music began at a young age — he began his singing career at 11 — listening at home to his family’s music collection, and he was quoted as recalling: “That’s how I really got indoctrinated into music. My mother was always…collecting records and she would buy everything from Jazz at Philharmonic Hall to Nat King Cole.”

He began singing along and tried to emulate the records he heard.

“I always liked Nat King Cole. I always wanted to go my own way, but I always favored other singers like Dinah Washington, Sarah Vaughan, Ella Fitzgerald – I loved Ella Fitzgerald. There are so many of them. Nina Simone was one of my favorites – and Johnny Mathis. They all had a style, a silkiness about them…. I wanted to sing silky, like butter – mellow. I wanted to sing mellow you know what I mean. One of my favorites is Jessie Velvet – they used to call him Mr. Easy. A lot of people forgot about him you know – Sam Cooke is another one of my favorites,” he reportedly said in an interview.

Paul, who served in the US Armed Service and was stationed with Elvis Presley, also did some boxing while he was in the Army — a sport he grew up with.

“Me and Mrs. Jones” was a No. 1 hit for the last three weeks of 1972, selling two million copies (platinum single status), and went on to win Paul a Grammy Award. The gold album and platinum single catapulted the artist onto world charts, including the United Kingdom, where the single entered the Top 20 of the UK Singles Chart reaching number 12 in early 1973.

In the years since then, the song has been covered numerous times, most notably by the Dramatics in 1974, Freddie Jackson in 1992 and Michael Bublé in 2007.

Over his career, Paul recorded many songs and albums but none of them achieved the acclaim of “Me and Mrs. Jones” and, in 1989, he announced his retirement on stage in London.

Asked in 2012 whether playing in Philadelphia held special meaning to him, he said, “I try to feel comfortable wherever I play, but they call it being a native son and I do get a lot of respect there, so it is special. The reaction internationally is great as well, so even in Paris or Brazil we have great audiences. Songs like Mrs. Jones are huge everywhere, so I do perform a lot overseas.”

In addition to receiving the Grammy for “Me and Mrs. Jones”, Paul won several Ebby awards given by the readers of Ebony magazine; was a recipient of an American Music Award; the NAACP Image Award; and numerous proclamations and “keys to cities” across the United States.

Paul also received the 2015 AMG Favorite Retro Artist of the Year award, as well as being given the Sandy Hosey Lifetime Achievement Award, during the Artists Music Guild’s 2015 AMG Heritage Awards, which was broadcast on November 14, 2015, in Monroe, North Carolina.