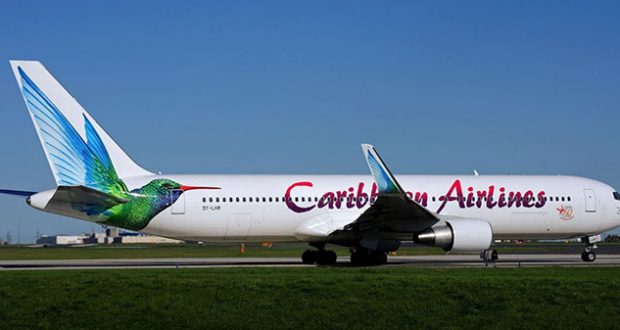 Last week, CJIA said it was prepared to cancel the agreement it has with the Trinidad-based airline unless the carrier remedies a situation, involving passengers and duty free concessionaires, about their duty free items being dumped in Trinidad once bought in Guyana.

In a letter to CAL, the CJIA gave the carrier 21 days to “remedy the situation” warning that it “will be at liberty to proceed to cancel the Air Carrier Agreement under Article 9.3”.

But following talks here, today, CAL chairman, Phillip Marshall, said “this issue is one of national and regional significance and Guyana is an important destination for Caribbean Airlines. We remain committed to our loyal Guyanese customers, whom we have consistently served with reliable service since our start in 2007.

“Today’s meeting has enabled the CJIA and Caribbean Airlines to achieve a solution to this issue, which ensures that Caribbean Airlines remains compliant with the TSA (United States Transport Security Arrangements) regulations and continues to provide quality service to our valued customers.”

CJIA officials said they were also pleased with the outcome of the talks, noting that they expect that there would be the immediate implementation of a new procedure.

“We expect that, over time, the process will be refined, however, the important thing is that we have found a workable solution, which positively impacts travellers from Cheddi Jagan International Airport who wish to purchase duty free items, but who must transit other airports to get to their final destination.”

Last week, the airline said that while it has been designated the carrier for Guyana for the Toronto and New York destinations, carrying over 350,000 passengers to and from Guyana annually, “as an international air carrier, Caribbean Airlines must comply with all regulatory directives of the sovereign states into which we operate, as do all other airlines.”

CAL said that in light of screening rules, which are in accordance with TSA measures being applied at any Last Point of Departure (LPD) to the United States, and a recent TSA audit, a restriction on the entry of transit duty free into the sterile holding areas of all transit airports has been imposed.

“Consequently, customers departing from Guyana or any other Caribbean destination with duty free items, who are connecting on flights to the United States on any airline cannot enter the sterile holding area of any airport through which they transit en route to the United States.”

The airline said that it sought to balance its regulatory obligations “with our customers’ desire to make duty free purchases. Unfortunately, this proved to be challenging as it resulted in damage to fragile items as well as items remaining unclaimed at the final destination”.

Following the talks here, the two teams said they had agreed on a way forward, which would enable transit passengers to once again purchase duty free items, effective Wednesday.

According to the agreement, travellers, through a secure process, will now be allowed to place their duty free items into their checked luggage.

But this procedure will not apply to BW 526, which operates a non-stop Georgetown to New York flight.

In addition, passengers will be required to indicate their intention to purchase duty free items at the security checkpoint at the entrance to the airport, and again at the Caribbean Airlines check-in counter, before making their way to the duty-free shops

“Once the purchases are made, the purchaser will be escorted by security personnel to the baggage area, in order to place the items in their checked luggage and, the “process will be closely supervised by security and airport personnel and will be conducted in the full view of cameras.

“Duty free purchases will need to be completed one hour before scheduled departure to ensure sufficient time for the new procedure.”

The CJIA has since withdrawn its letter threatening to cancel the air agreement with CAL.

The Civil Aviation Authorities of Guyana and Trinidad and Tobago also re-affirmed their commitment to the Memorandum of Understanding (MOU) between the two authorities.

Under the MOU, passengers originating from Guyana and connecting on other Caribbean Airlines’ services will not be re-screened at Piarco International Airport.