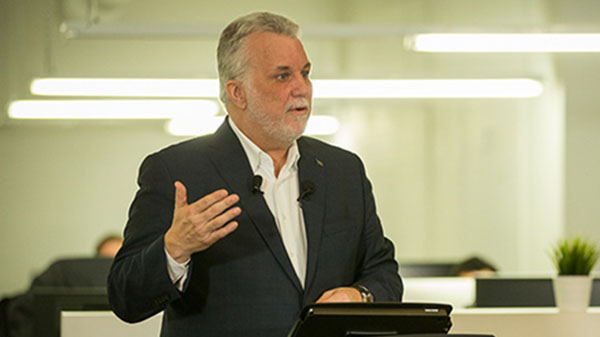 On Tuesday (March 13), it was announced in La Presse that the Philippe Couillard-led government would be sending reinforcements to the already-moribund Quebec Commission on Human Rights and Youth Rights, in an effort to reverse the increase in the time it takes to process discriminatory complaints.

In total, there will be an addition of eight full-time positions, which will include four investigators and two legal advisers.

Such a move on the Premier’s part can be likened to the once-popular song by Johnny Mathis and Deneice Williams, “Too Much! Too Little! Too Late!”

It will be of great, if not unprecedented interest, to know the color of the hired employees, especially in light of the recent report that there was too much whiteness or brightness present in the Commission.

In 2008, as co-Chairs of the Consultation Commission on Accommodation Practices related to Cultural Differences, Gerard Bouchard and Charles Taylor released an important report, insisting on the need to increase the resources of the Quebec Human Rights Commission, to fight against discrimination.

For reasons better known to the politicians of the time, Quebec failed to carry out this recommendation. Now here we are, 10 years later, when the Quebec Human Rights Commission is on life support, along comes the Premier with resuscitatory measures, seemingly to appease the concerned public and reassure them that he has heard their expressed concerns.

The gesture is nothing short of a political maneuver in disguise, aimed at garnering votes, as, in less than six months, Quebec will have its first fixed-date election.

The new reinforcements have been tasked with resolving cases that have been outstanding for more than three years, with Quebec releasing approximately $750, 000 to fund the operation.

The (Quebec) Liberal government is currently in an equally-ill-a-state as the Quebec Human Rights Commission, with the Premier hoping that these loosened financial controls would, in some way or other, make up for his inaptitude in conquering the awkward identity issues that dominate provincial politics, as well as his displayed middling on economic issues, between the left wing Parti Quebecois and the right wing Coalition Avenir Quebec.

On January 17, the Couillard government announced an increase, by 75 cent, in minimum wage, effective May1, such a move followed on the heels of an announcement, the previous day, unveiling a $1.4 billion package of measures, targeted to repair dilapidated schools, hiring of more teachers’ aides, and the provision of free breakfast to low-income, elementary school students.

While all these long-awaited moves are welcome, Premier Couillard is playing Russian roulette, of sorts, with the populace, for despite a decent economy, a balanced budget and a remarkably low unemployment rate, much more effort than this is needed to save the Liberals and prevent his exit as a one-term premier.

Currently the Liberals hold 69, of the 129 seats in the legislature; however opinion polls show that they are currently behind the Coalition Avenir Quebec

The Bouchard-Taylor Commission laid out recommendations, so plain, that would have assured provincial gain, by increasing the resources of the Commission to fight against discrimination.

Now the Premier comes along, as if singing a new song, when he should have carried out what was recommended all along. Quebec did things her way with a resultant huge price to pay.