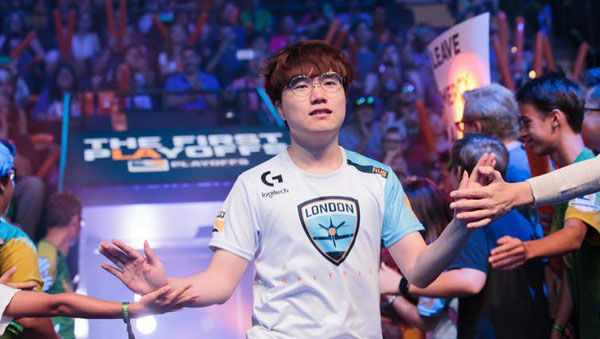 Jong Seok Kim, a player for the London Spitfires team in the Overwatch League, which gets primetime coverage on ESPN. Will e-sports soon be part of the Olympics? Photo credit: Robert Paul/Blizzard Entertainment.

Why E-Sports Should Not Be In The Olympics

The International Olympic Committee and the Global Association of International Sports Federations recently hosted an e-sports forum to explore shared similarities, possible partnership and the looming question of whether video gaming could be recognized as an Olympic event.

Ever since the 2024 Summer Olympics in Paris first expressed interest of possibly adding electronic sports to the Olympic Games program, we’ve seen a growing interest by the IOC in e-sports — traditionally defined as any “organized video game competitions.”

Recognizing the growing interest in e-sports, the organizing committee of the 2024 Summer Olympics in Paris said: “The youth are interested, let’s meet them.”

As an Olympian and former world class high jumper, I struggle with the notion of e-sports becoming an Olympic sport. I am not alone. Conversations I’ve had with other Olympians reveal concerns about comparing the physical skill and demands of traditional athletic competition with e-sports.

Given the IOC’s advocacy role for physical activity, e-sports seems to be a conflict with its push for an active society.

In an interview with Inside the Games, Sarah Walker, an IOC Athletes’ Commission member and three-time world champion in BMX, explained her opposition: “If I want to practise any Olympic discipline, if I wanted to try one of them, I actually have to go out and do it. I have to be active. Where gaming is right now, if I was inspired to be a gamer, my first step is to go home and sit on the couch.”

Most Olympians recognize that those who participate in e-sports spend a great deal of time training — even working with nutritionists and sport psychologists to improve their prowess. But is that is that enough to join the Olympic Games family? 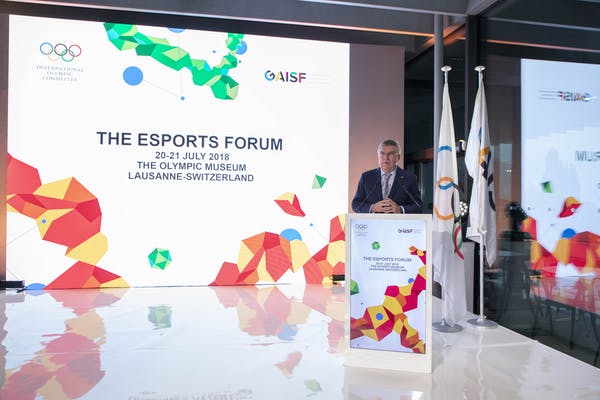 $1 billion market
Given the growth in popularity, it’s understandable why the IOC would want to partner with e-sports. The IOC generates more than 90 per cent of its revenue from broadcast and sponsorship. Partnering with e-sports, where revenue is generated mostly through sponsorship but where more money is coming from broadcasting, could be complementary and attractive.

The marketing firm Newzoo estimated last year that with brand investment growing by 48 per cent, the global e-sports economy will reach almost $1 billion in 2018.

ESPN provides in-depth analysis and coverage with a digital vertical platform on e-sports and the network recently announced an exclusive multi-year agreement with Blizzard Entertainment for live television coverage of the professional e-sport Overwatch League, with the finals airing in prime time.

To answer this question, perhaps we need to revisit the academic definition of sport. While differences may exist in their granular descriptions of sport, researchers appear to converge on three central attributes: The sport involves a physical component, it is competitive, and it is institutionalized, meaning a governing body establishes the rules of performance.

While e-sports can be argued to be competitive and institutionalized, the first criteria of physicality is where it falls short.

Some have argued the fine motor movements that are required with the hand-held controller by e-sport players fulfils this criterion. However, the same could be said about various table top games.

A 2016 study in Quest, the journal of the National Association for Kinesiology in Higher Education, used the block-building game Jenga to illustrate this point. Jenga requires precision and dexterity as each player must to remove one block from the bottom and delicately place the block on top without disturbing the structure. There is even a Jenga World Championship. Perhaps then Jenga should also be considered an Olympic sport.

Since the modern Olympics were first held in 1896, the number of participating sports has grown over the years. The first Games had just nine sports — athletics (track and field), cycling, fencing, gymnastics, shooting, swimming, tennis, weightlifting and wrestling. At the 2016 Summer Olympics in Rio, a total of 28 sports were contested. Five more will be added for 2020 Games in Tokyo Games. 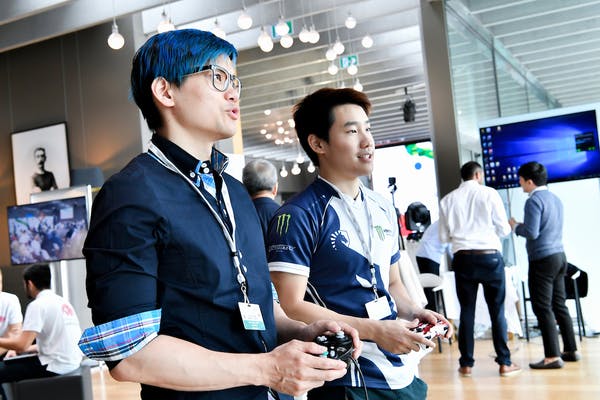 The first step for a sport to be included in the Olympic Games program requires being recognized by the IOC. In this process, the sport must have overarching international federation (IF) that will govern the sport — enforcing the rules and regulations of the Olympic Movement, which includes drug testing. (It is also possible for a sport to be recognized as an Olympic sport and never participate in the Games, as is the case for chess, bowling and powerboating.)

Once recognized, the sport’s IF can apply for admittance into the Olympic program as a sport, a discipline or an event. For example, the women’s steeplechase was added to the 2008 Olympic Games as an event within the sport of athletics.

More sports added
An Organising Committee of an Olympic Games (OCOG) can also propose the inclusion of an event. Most recently, the IOC allowed the addition of karate, surfing, sports climbing and baseball/softball to the Olympic program in Tokyo 2020.

Paris 2024 had indicated an interest in including e-sports on its program, but the IOC has said it won’t be eligible by the time the schedule is set in 2020. Still, IOC President Thomas Bach said at the recent e-sports forum that the meeting was a “first step of a long journey” to what could lead to Olympic recognition.

A male-dominated activity
Central to the Olympic Movement and nestled within the criteria of accepting a new sport is gender equality. Interestingly, this has been an area in which e-sports has been heavily criticized.

A study that reviewed gender and gaming determined that even though there are approximately equal numbers of males and females who play video games, most professional gamers are male. Moreover, female players who achieve some level of success are marginalized. Researchers concluded the “video game culture is actively hostile towards women in the private as well as the professional spheres.”

Within the gaming community, it is not a surprise for female players to be harassed.

One notable case involved Miranda Pakozdi, who was sexually harassed for 13 minutes on the live internet program “Cross Assault.” The portrayal of females in e-sports should also concern the IOC. Women are usually depicted as highly sexually and as victims instead of heroines.

Many Olympians, including me, feel it’s inevitable that e-sports will one day join the Olympic family. Still, one can only wonder if Pierre de Coubertin, the father of the modern Games, would question whether the values of the Olympic Movement are being compromised for the financial enticements that e-sports promise.

Nicole W. Forrester is an Assistant Professor at the School of Media, Ryerson University.