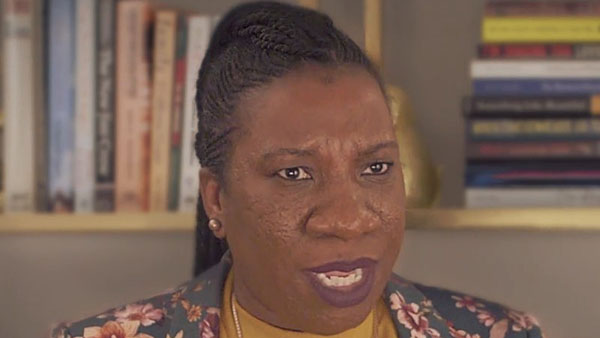 TORONTO, Ontario, Tuesday, February 19, 2019 — The Founder of the #MeToo Movement, Tarana Burke — who knows the pain and agony of violence — humbly accepted the 2019 Social Impact Award for her courageous, persistent and embolden mission of defending women of colour from any kind of violence, at the 7th Annual Toronto Black Film Festival 2019 (TBFF) held in Toronto, from February 13 until yesterday.

The Isabel Bader Theatre audience gave her a hero’s welcome, as she shared countless stories with TBFF founder, Fabienne Colas, during an intimate on-stage conversation, capturing an array of issues and experiences, and detailing the movement’s rise in reshaping how society sees violence against women.

“When you go through something as traumatic as sexual violence, there is a way that you close up, shrouded in shame,” said Burke, a prominent African-American female-rights leader and a global icon.

Burke, Time Magazine’s 2017 Person of the Year, has spent over 25 years fighting, passionately, to protect the rights and lives of girls and women.

“I am here to say to you, Black women and girls, that you deserve safety and you deserve protection, and I’ve committed my life to ensure that you have it,” she explained, at the 2018 Black Girls Rock BET Awards.

This year’s TBFF highlighted the theme of women, both on-screen and behind the camera.

Another such trailblazing figure, Pulitzer-prize winning novelist and extraordinary public-intellectual, Toni Morrison, spoke, authentically, to the issue of identity and what it means to be and feel at home in the feature documentary “The Foreigner’s Home”.

Shot in numerous locations, including Morrison’s spacious, upstate New York living room and inside the glorious Louvre Arts Museum in France, the stories of migrants, immigrants and citizens, without citizenship, were echoed through the sounds and gigantic power of the visual and spoken-word arts.

One such example occurs in the mesmerising performance of Charles ‘Lil Buck’ Riley, twisting his every-body part to each violin stroke of Yo Yo Ma in “The Swan”, landing the final note curled-up, on the hardwood floor, in the shape of a Swan.

With 70 films from over 20 countries, plus an exotic Food Experience, nightly live entertainment at Art Square and a kid’s festival, TBFF made quite the effort to satisfy almost everyone.

It’s Canada’s largest Black film festival, shining a gleaming and vital light on the creative world of fictional tales, documentaries and animations, made by the talented, yet often underrepresented and overlooked, filmmakers of colour from across the globe.

What would a Toronto Black film festival be without a glimpse of Usain Bolt? 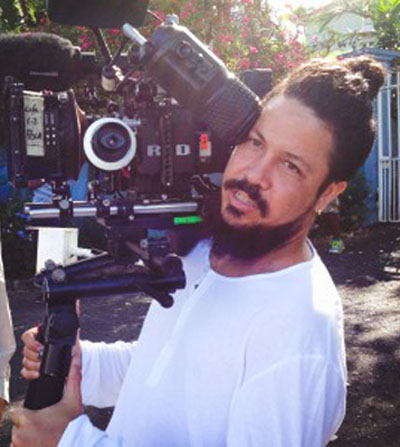 Storm Saulter, a visionary and seasoned cinematographer, who was born in Negril, Jamaica, is the Director of Sprinter that was featured at this year’s Toronto Black Film Festival.

This turbulent tale of family tensions and teenage drama, zooms in on the ambitious Akeem, raised by his single-parent father, Mr. Sharpe, who’s beloved-wife reluctantly moved to California.

Sprinter is directed by Negril, Jamaica-born Storm Saulter (Better Mus’ Come, 2011), a visionary and seasoned cinematographer, with an eclectic and rich story-telling style, who’s been heavily influenced by East-Asian film pioneers, which forged his deep understanding of using cinema as a powerful tool.

In this film, Saulter purposely used athletics “as a vehicle to tell a story of a modern family, a working-class (Jamaican/Caribbean) family — not an uptown family or ghetto situation — but a middle-class Caribbean family and what drives us, and that’s the core of what I am trying to speak about,” said Saulter in a Jamaican radio interview on Nightlyfix Radio.

He continued by pointing out that many “families are separated, due to economic situations and this is such a Caribbean reality and, I don’t know if people really understand that story”, as he tries to succinctly explain the film’s central theme.

Sprinter is extremely layered, showcasing a single-parent father, who’s emotion-intelligence and capacity to love, care and nurture his two sons, Akeem and Jermaine, with stern compassion and heart-felt dedication, is depicted with much cinematic finesse and ingenuity, even garnering a cameo from Jamaica’s ever-serious Prime Minister, Andrew Holness.

“I started commercial theatre after high school with Dahlia Harris, while doing film. I can’t leave theatre, that’s where my heart is,” says Jackson, who is quite fond of Broadway. But right now, she is definitely Hollywood-bound, and is featured in “the worlds’ most sexiest man alive” Idris Elba’s, directorial debut film, “Yardie”, (not screened at TBFF) based on a best-selling novel, chronicling the musical underworld of working-class British-Jamaican newcomers striving for a better life in the mean streets of London.

Sprinter is a refreshing story, aimed at shifting and shattering the stereotypical “urban violence” tales that some deem synonymous with Jamaican cinema.

Saulter is determined to make “Sprinter” a catalyst-narrative in the way Raging Bull uncovered and gave rise to the cinematic world of boxing. But there are stark differences. Raging Bull has other boxing films to follow and reference, whereas Sprinter is a surprisingly original tale, from a nation known for its exceptional and legendary athletic superstars.

More importantly, he’s interested in forming a Jamaican talent-finding and film-development system in the arts, as it is and, has been, in athletics. A system capable of effectively enhancing the cinematic, directorial, writing and filmmaking abilities within Jamaica and throughout the Caribbean, which is a region, beaming with talented and quite-skilled, artistic creators.

Coincidentally, TBFF’s founder has a similar resounding drive for her festival, “by giving a voice to the marginalized and showing films that shatter taboos, our festival’s aim is to promote professional collaborations and foster the development of independent film— while celebrating diversity on screen,” says Colas in her 2019 Presidential message.

With a wide array of films, live spoken-word poetry, soulful jazz performances and a buffet of tasty foods, this year’s festival left audiences yearning for more.