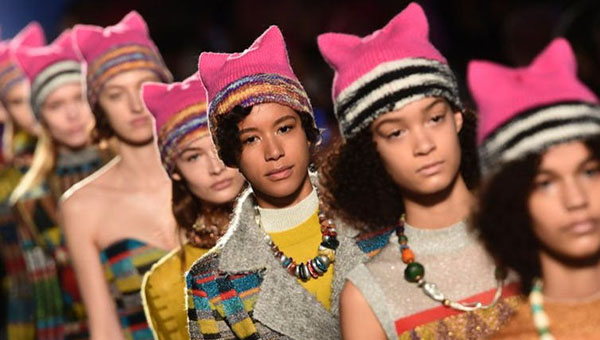 Political dressing is all the rage right now, but is it a fashion? A professor of fashion explains. Photo credit: Twitter/@Mossimo.

Political dressing is fashionable right now, but is it fashion?

Celebrities and stars turned up dressed in black at the 75th Golden Globes Award ceremony. Instantly the media was in frenzy over what they dubbed “political fashion statements on the red carpet.” This is just the most recent droplet of a rainy season of purportedly political fashion.

It all started with the pantsuit parties in solidarity with U.S. presidential candidate Hillary Clinton in 2016. It then progressed with white supremacists uniformed in polos and khaki during their infamous Charlottesville demonstrations last year.

As the effects of Brexit, a Donald Trump White House and the rise of so-called alt-right activism in Europe and North America ripple through the cultural waters, political dressing is trending. Protesters of all stripes — feminists, white supremacists, antifa, nationalists and social justice advocates — are outfitting themselves to match their political mindsets.

What is fashion?
The political dimension of clothing is intuitively understood from the moment individuals are born. Because essentially, human society equals dressed society. What one wears, how one wears it and when one wears it constitutes expressions of degrees of social freedoms and influences.

Dress expression ranges the full political gamut from conformity to rebellion. Simply put, dress style that challenges — or is perceived as challenging, or offering an alternative to the status quo — spontaneously acquires political meaning.

Hence the social power of dress and the political impact of seeing many people dressed in an agreed-upon mode. During the counter-demonstrations in Charlottesville, Va., last summer, antifa protesters opposing white supremacists wore “black bloc” — an all-black uniform of sorts, meant to show a unified hard stance against anti-Black racist discourse.

Simultaneously, “black bloc” dress indicated a willingness to resort to violence if necessary, much like the Black Panthers did in the 1960s and 70s. The Panthers took advantage of a loophole in the second amendment of the U.S. constitution that made it lawful to wear unconcealed firearms in public. 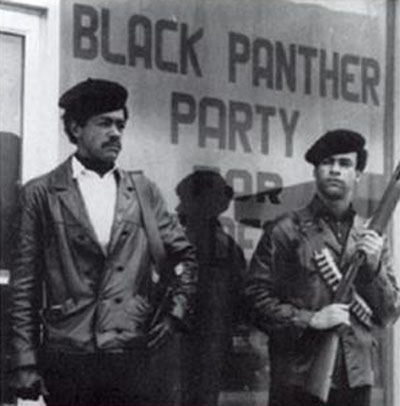 The fashion trendsetting Black Panther Party (BPP) — originally the Black Panther Party for Self-Defense — was a revolutionary political organization founded by Bobby Seale (left) and Huey P. Newton, pictured standing in the street, armed with a Colt .45 and a shotgun.

Political dressing is a concerted effort by a group of individuals to call attention to a social issue. They do so by dressing in a codified style. The recipe of political dressing has all the ingredients of fashion, but not in the right proportions.

Fashion — as it is defined — occurs when a society at large agrees to a style, aesthetic or cultural sensibility for a period of time. Fashion’s sizeable social scope and requisite expiration date is what makes it so useful as a marker of time.

One sees it used in film, literature or social science research. Thus, fashion means timed changes in taste at a social scale. Fashion occurs in any realm of human pursuits including arts, music, technology, even scholarly discourse and of course, dress.

The source of confusion
We could blame the political dressing vs. fashion confusion on the ubiquitous and pervasive public presence of the contemporary fashion industry. From the 18th century onwards, a large sector of industry has been occupied with manufacturing what dresses us: This includes garments, accessories, beauty services and products. This industry, along with advertisers, coalesced into an all-encompassing fashion industry.

It’s not surprising then, that in today’s globalized world, most people automatically identify clothes with fashion. After all, they are one of the most visible outputs of the fashion industry. Of course, the fashion industry would do nothing to clarify this; it is in their best interest to be perceived as the source of fashion.

That same fashion industry employs a global army of trend forecasters to fine-comb historical records and a multiplicity of current cultural sources and happenings. They use this data to identify what colours, styles and products people would want next season.

More concerning, though, is that fashion scholars are contributing to the public confusion about political dress as fashion. They are interchangeably using the terms dress, style and fashion without regards for their fundamental semantic difference. There is a cultural explanation for this too. Fashion is an emerging scholarly discipline, which makes it very fashionable right now. Slap the word fashion to the title of an academic article or book and readership is likely to follow. 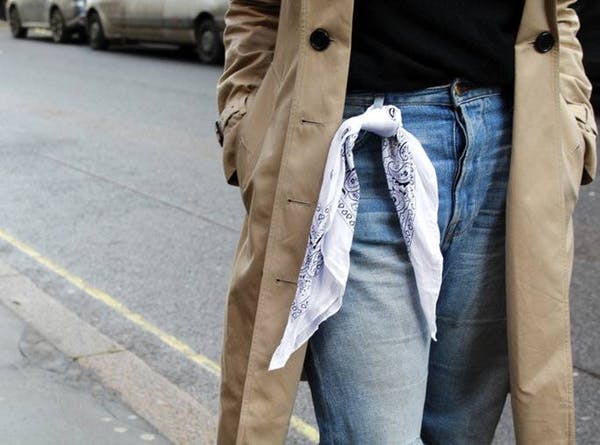 Is political dressing is fashion trend? The #tiedtogether movement used white bandanas to indicate the ‘common bonds of humanity’. Photo courtesy of The Business of Fashion.

Meanwhile, black berets à la guerrilla or Black Panther uniforms were shown at Dior. As well, all sorts of slogans printed or embroidered in a diversity of garments popped up at Ashish Gupta, Public School and Christian Siriano, punctuated by graphic underwear in LRS’s collection.

This, however, isn’t necessarily good news. The fashion industry has a solid record of co-opting political and countercultural movements, marginalized groups and non-Western cultures, then making a good profit out of it.

There would be nothing wrong with making money this way, except that the aftermath of co-option by the fashion industry is cultural irrelevance. Just like other goods, fashion must be consumed before its expiration date.

The good news is that political dressing may be fashionable, but it isn’t fashion. Not even the global fashion industry can prevent individuals from using their dressed bodies as a tool for political discourse.

So go ahead, pick your preferred political graphic T-shirt or wear the colours of your party of choice. Just remember that isn’t fashion, unless most everybody else decides to dress the same for a while. In which case, your options are: Embrace your fashionable status or change either your outfit or political affiliation.

Henry Navarro Delgado is an Assistant Professor of Fashion at Ryerson University.