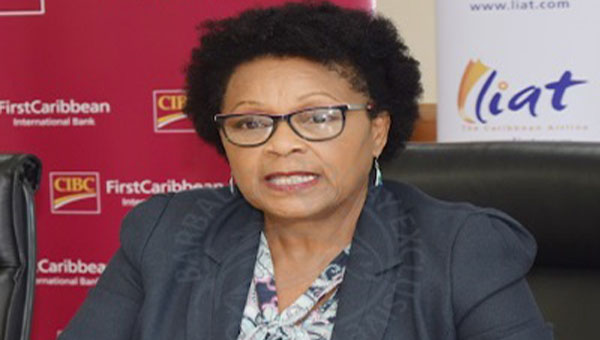 ST. JOHN’S, Antigua and Barbuda, October 16, 2019 (CMC) – Cash-strapped regional airline, LIAT, is celebrating its 63rd anniversary, today, indicating that it remains “resilient to fulfil its mandate to connect the Caribbean”.

The Antigua and Barbuda-based airline, which was founded in Montserrat in October 1956, by St. Kitts-born Sir Frank Delisle, operates 491 weekly flights to 15 destinations, from Puerto Rico in the north to Guyana in the south.

The airline’s Chief Executive Officer (CEO), Julie Reifer-Jones, said despite its present problems, she was thankful to the passengers, across the region, who continue to support the airline.

She said the airline, which employs over 600 people, provides the critical service of connecting the Caribbean.

“As we celebrate another year, I must thank our customers, partners and stakeholders, whose continued support and understanding has kept the airline flying. This year has presented its own challenges, but LIAT remains resilient to fulfil its mandate to connect the Caribbean,” she added.

Reifer-Jones disclosed that the airline continues to make strides in its on-time performance and customer service, as it moves to improve its services. These improvements were being recognized across the region as the airline moves to set itself on a sustainable footing.

In her letter to employees, the CEO thanked them for their hard work and their representation of the LIAT brand.

“LIAT is not only the name on the tail of our aircraft, but it is the experience that connects our region and provides connectivity to so many, whether for business or pleasure. You make that experience happen,” she wrote.

Last week, the Antigua and Barbuda government said it is adopting a new financial route, aimed at providing funds to the airline, after ending efforts to acquire controlling shares in the airline.

Antigua and Barbuda had been holding talks with Barbados on acquiring further shares in the Antigua-based airline, but said it was unwilling to pay the estimated US$44 million Bridgetown had been asking for the sale of its shares.

Antigua and Barbuda currently holds 34 percent of the shares and, had it succeeded in convincing the Barbados government to part with its LIAT shares, would have 81 percent of the airline.

Prime Minister, Gaston Browne, said he has held talks with his Barbadian counterpart on the new direction being undertaken by his administration, adding “I have indicated to her that the Antigua and Barbuda government has 40 million US dollars that could be made available to recapitalise LIAT, and that there should be a capital call, in which we will have the existing shareholders, possibly new shareholders, recapitalise LIAT”.

Apart from Antigua and Barbuda and Barbados, the other shareholders are the governments of St. Vincent and the Grenadines, Dominica and Grenada.