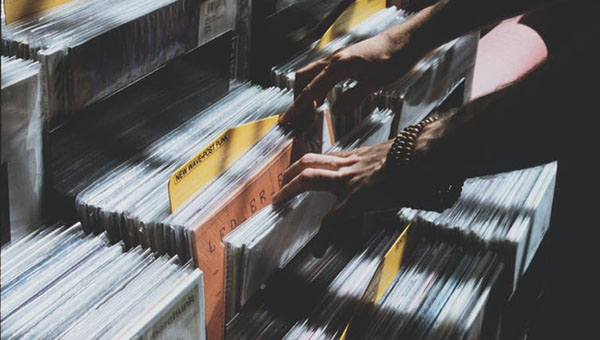 In an era when so much music is at our fingertips through streaming services for under $10 a month, who is spending their hard-earned cash on vinyl? Streaming is currently the primary and cheapest way to buy music. According to the Recording Industry Association of America (RIAA) database, paid subscription streaming services such as Spotify dominated music sales revenue in the U.S. in 2018, accounting for almost 50 per cent of revenue. But cassettes, CDs and digital downloads have all held that position in the past.

At that point, vinyl LPs disappeared from most music stores, remaining only a DJ specialty. They accounted for only 0.8 per cent of total music sales.

Tim Ford, vice-president of purchasing at Sunrise Records, says he recalls feeling forced to buy CDs in the ’90s because they were cheaper than vinyl and more widely available for him as a broke teenager. Now, Ford and many other ’80s and ’90s kids are working adults with disposable incomes. Ford says 35-to-40-year-olds want music from their generation like their parents had.

These consumers are used to the concept of owning music, but now they want vinyl, because they think it’s better quality, and they have the money for it.

Michael Greaves is another example of this type of vinyl consumer; he was a DJ in the ’90s and has a collection of 1,200 CDs — many of which he bought eight for a penny. Now he works full-time as a music administrator and is an avid vinyl collector.

Greaves says he buys vinyl because “with vinyl you get a warmth you don’t get with CDs.” There’s just something about the crackle of a vinyl record that makes people feel at home. 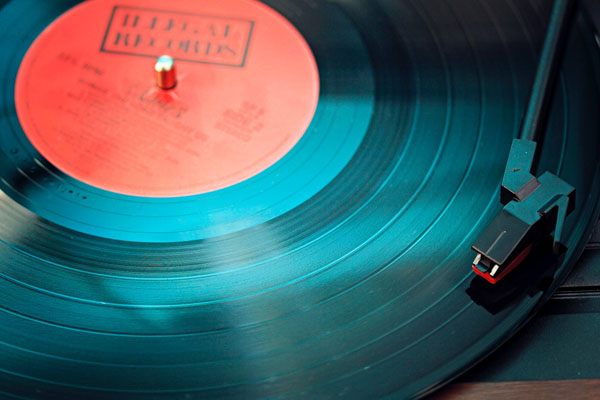 Owning a physical copy
No artist is forced to put his or her music on streaming services and not every artist even has the legal right to do so. The popular albums of the ‘80s and ‘90s that aren’t being widely reissued are going for hundreds of dollars on resale sites.

A mint-condition vinyl LP of De La Soul’s 1989 album 3 Feet High and Rising, for instance, is selling for more than $360 on Discogs. That album isn’t being widely reissued and is now unavailable on paid subscription streaming services such as Tidal, which is said to be because of artist and label disputes.

The initial excitement about streaming services seems to have worn off since Spotify launched in Sweden in 2008. Consumers are now seeing flaws in streaming, one of them being that we can never be fully assured of access to their favourite songs without owning a physical copy of them.

Andrew Winistorfer, editorial director at Vinyl Me, Please, a record-of-the-month club, says that young people today accept that you don’t own music. CD sales were at their height at the same time that music piracy became popular and almost destroyed the music industry.

However, the young today still account for part of the new surge in vinyl sales. Winistorfer explains that vinyl is “the cooler way to have … a physical manifestation of this music that you like.”

Willing to pay
RIAA data shows that 25-to-34-year-olds and 18-to-24-year-olds accounted for 19 and 16 per cent respectively of U.S. new vinyl sales in 2018. This is valuable to artists who are not being paid what they’d like to be on streaming services. For artists, selling other merchandise has become increasingly important.

Luckily for them, some fans are willing to pay for exclusive merchandise and experiences on crowdfunding platforms. A 2013 Indiegogo campaign for the Canadian band Protest The Hero raised nearly $450,000 to fund an album and 1,299 copies of the signed, limited-edition vinyl LP were claimed as rewards.

Katy Perry has a vinyl record coming out soon. It’s a record-first release but her truest “Katy Cats” will surely snatch up those 4,000 copies quickly to be able to hold a piece of their favourite artist in their hands.

Consumers have less control than they might think over what music they can access. What will happen if one day your favourite artist doesn’t have the resources, desire or legal right to keep your favourite songs up on a streaming service? What if you simply want to hold the music you love in your hands? Teens of the 80s and 90s would probably tell you to buy the album — on vinyl.

Marina Eckersley is a Dalla Lana Fellow in Global Journalism at the University of Toronto.