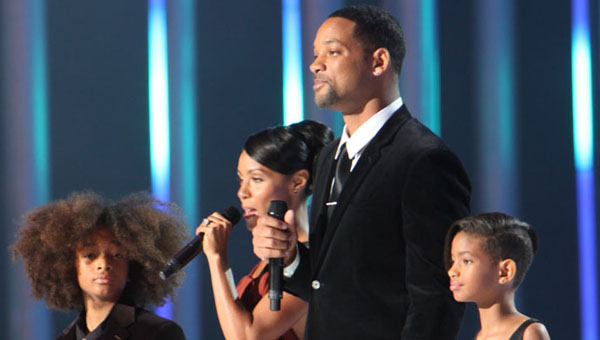 Will Smith -- seen at the Nobel Peace Prize Concert on December 11, 2009, in Oslo, Norway, with wife, Jada, and children, Jaden and Willow -- won the 2022 best actor Oscar for his performance in ‘King Richard’. Photo credit: Harrywad; CC BY-SA 3.0.

It felt like these Oscars were the first ones that weren’t actually so white. The whole event felt different. With attempts to display a more inclusive Hollywood, the showcase seemed to go beyond its usual tokenism.

There was gospel music during the In Memoriam segment, Ahmir “Questlove” Thompson won an Oscar for his beautiful documentary Summer of Soul and he gave a moving speech to accept the honour. The best picture was directed by a woman. Wanda Sykes, Regina Hall and Amy Schumer hosted with verve and sass. Masks were off. The entire program opened with queens Serena and Venus Williams and they introduced Queen Beyoncé, who stepped out in glorious chartreuse. It felt like a genuine celebration.

And then there was the Will Smith-Chris Rock fiasco taking attention away from all this. In what became one of the most infamous moments in the history of the Oscars, Smith got out of his seat to slap Rock for a bad joke aimed at Jada Pinkett Smith.

These flashpoints are always about other things – they are evidence of a layered story. In this case, it’s a story that’s divided people. Is it a story about toxic masculinity? It is a story of intergenerational trauma? Is it about a Black man standing up for Black women?

In this special episode of Don’t Call Me Resilient, we discuss this moment as a cultural flash point. We chat about how “the slap heard around the world” is evidence of a layered story of racism, sexism, power and performance. Will Smith’s violent behaviour towards Chris Rock raises questions about toxic masculinity and also reveals the fault lines of a man who is perhaps still wrestling with his traumatic past.

Even though we’re not ready to start rolling out our regular season, which we plan to do in May, we couldn’t wait to talk about this cultural moment, so we produced this special episode. 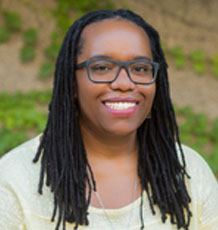 Our guest is Cheryl Thompson, assistant professor in performance at the Creative School, Ryerson University, where she looks at race and representation. Thompson is the author of Beauty in a Box about the politics of Black women and beauty, as well as Uncle: Race, Nostalgia and Loyalty. She’s also the director of the Media Representation and Archives Lab at Ryerson.

Thompson was the guest of our very first episode of Don’t Call Me Resilient, where we had a fascinating conversation about the n-word. If you have not heard that one, please check it out.

In the meantime, here is our conversation on “the slap.” For an unedited transcript go here.

Listen and follow
You can listen or follow Don’t Call Me Resilient on Apple Podcasts, Google Podcasts, Spotify or wherever you listen to your favourite podcasts. We’d love to hear from you, including any ideas for future episodes. Join The Conversation on Twitter, Facebook and Instagram and use #DontCallMeResilient.

Don’t Call Me Resilient is a production of The Conversation Canada. This podcast was produced with a grant for Journalism Innovation from the Social Sciences and Humanities Research Council of Canada. The series is produced and hosted by Vinita Srivastava. Our producer for this episode is Nahid Buie. Our other producers are: Haley Lewis, Vaishnavi Dandekar, Folarin Odunayo and Latifa Abdin. Reza Dahya is our sound producer. Our consulting producer is Jennifer Moroz. Lisa Varano is our audience development editor and Anowa Quarcoo helps with outreach. Scott White is the CEO of The Conversation Canada. Zaki Ibrahim wrote and performed the music we use on the pod. The track is called ‘Something in the Water.’

Vinita Srivastava is Host and Producer of Don’t Call Me Resilient and Senior Editor, Culture and Society, The Conversation