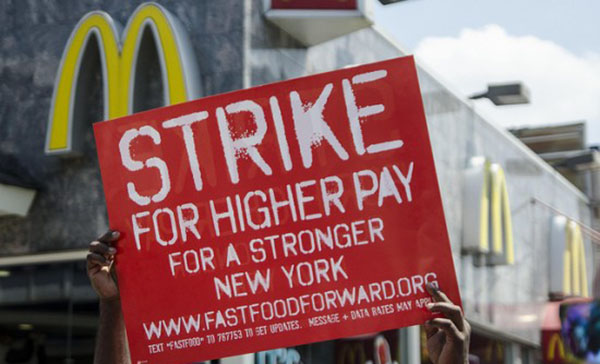 WASHINGTON, DC (IPS) – In new data certain to fuel the growing public debate over economic inequality, a survey released Tuesday by the biggest U.S. trade-union federation found that the CEOs of top U.S. corporations were paid 331 times more money than the average U.S. worker in 2013.

According to the AFL-CIO’s 2014 Executive PayWatch database, U.S. CEOs of 350 companies made an average of 11.7 million dollars last year compared to the average worker who earned 35,293 dollars.

The same CEOs averaged an income 774 times greater than U.S. workers who earned the federal hourly minimum wage of 7.25 dollars in 2013, or just over 15,000 dollars a year, according to the database.

A  separate survey  of the top 100 U.S. corporations released by the New York Times Sunday found that the media compensation of CEOs of those companies last year was yet higher — 13.9 million dollars.

That survey, the Equilar 100 CEO Pay Study, found that those CEOs took home a combined 1.5 billion dollars in 2013, slightly higher than their haul the previous year. As in past years, the biggest earner was Lawrence Ellison, CEO of Oracle, who landed 78.4 million dollars in a combination of cash, stocks, and options.

The two surveys, both released as tens of millions of people filed their annual tax returns, are certain to add to the growing public debate about rising income and wealth inequality.

It is a theme that came to the fore during the 2011 Occupy Wall Street movement and that President Barack Obama has described as the “defining challenge of our time” as the 2014 mid-term election campaign gets underway. He has sought to address it by, among other measures, seeking an increase the minimum wage, extending unemployment benefits, and expanding overtime pay for federal workers.

Obama’s focus on inequality — and the dangers it poses — has gained some important intellectual and even theological backing in recent months.

In a major revision of its traditional neo-liberal orthodoxy, the International Monetary Fund (IMF) last month released a study raising the alarm about the impact of negative impacts of inequality on both economic growth and political stability, with IMF Managing Director Christine Lagarde warning that it created “an economy of exclusion, and a wasteland of discarded potential” and threatens “the precious fabric that holds our society together.”

Pope Francis has also spoken repeatedly – including in a private meeting with Obama at the Vatican last month – about the dangers posed by economic inequality, while the World Economic Forum’s Global Risks Report, published in January, identified severe income disparity as the biggest risk to global stability over the next decade.

Meanwhile, an epic new study by French economist Thomas Piketty, ‘Capital in the Twenty-First Century,’ that compares today’s levels of inequality to those of the Gilded Age of the late 19th century, is gaining favourable reviews  in virtually every mainstream publication.

Piketty, whose work is based on data from dozens of Western countries dating back two centuries and argues that radical redistribution measures, including a “global tax on capital,” are needed to reverse current trends toward greater inequality, is speaking to standing-room-only audiences in think tanks here this week.

In addition, the Supreme Court’s ruling earlier this month lifting the aggregate limits that wealthy individuals can contribute to political campaigns and parties has added to fears that, in the words of a number of civic organisations, the U.S. political system is moving increasingly towards a “plutocracy”.

Of all Western countries, income inequality is greatest in the United States, according to a variety of measures. In his book, Pikkety shows that inequality of both wealth and income in the U.S. exceeds that of Europe in 1900.

The 331:1 ratio between the income of the 350 corporate CEOs in the Pay Watch survey and average workers is generally consistent with the pay gap that has prevailed over the past decade.

That ratio contrasts dramatically with the average that prevailed after World War II. In 1950, for example, the differential between the top corporate earners and the average workers was only around 20:1. As recently as 1980 – just before the Reagan administration began implementing its “magic of the marketplace” economic policies – the ratio had climbed only to 42:1, according to  Sarah Anderson, a veteran compensation watcher at the Institute for Policy Studies here.

“I don’t think that anyone, except maybe Larry Ellison, would claim that today’s managers are somehow an evolved form of homo sapiens compared to their predecessors 30 or 60 years ago,” said Bart Naylor, Financial Policy Advocate at Public Citizen, a civic accountability group.

What is particularly galling to unions and their allies is that many top companies argue that they can’t afford to raise wages at the same time that they are earning higher profits per employee than they did five years ago. While the average worker earned 35,293 dollars last year, the S&P’s 500 Index companies earned an average of 41,249 dollars in profits per employee – a 38 percent increase.

“Pay Watch calls attention to the insane level of compensation for CEOs, while the workers who create those corporate profits struggle for enough money to take care of the basics,” said AFL-CIO President Richard Trumka.

“Consider that the retirement benefits of the CEO of Yum Brands, which owns KFC, Taco Bell, and Pizza Hut, has benefits of over 232 million dollars in his company retirement fund, all of which is tax deferred,” said Anderson. “It’s quite obscene when you know it’s a corporation that relies on very low-paid labour.”

Congress is currently considering several measures to address the issue, although most of them are opposed by Republicans who enjoy a majority in the House of Representatives.

Nonetheless, a tax package introduced by the Republican chairman of the powerful House Ways and Means Committee would close one large loophole that permits CEOs to deduct so-called “performance pay” – what they earn when they achieve certain benchmarks set by their board of directors – from their taxes.

“It’s pretty outrageous when the CEOs of some of the biggest companies of the National Restaurant Association are essentially getting heavily subsidised when so many of their workers are relying on public assistance and fighting for an increase in the minimum wage,” Anderson told IPS.

In addition, the Securities and Exchange Commission (SEC) is expected to formally adopt a long-pending rule that would require publicly held corporations to disclose how the pay received by their CEO compares to that of their employees, including full-times, part-time, temporary, seasonal and non-U.S. staff. 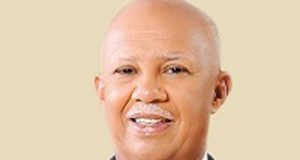 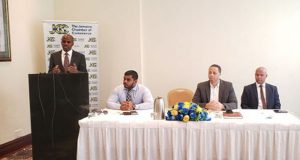 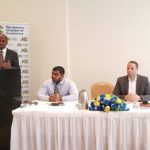