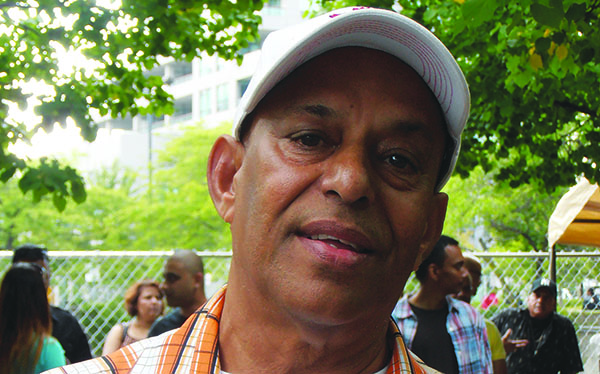 “One of the characteristics of Guyanese is that they are hardworking people. But, they are also very relaxed and very warm,’’ Cho said Sunday at the annual Guyana Day Celebration at Albert Campbell Square, Scarborough Civic Centre.

The event, which began at around 2 pm and continued into the evening, included the sale of a variety of items such as arts, craft and clothing, and highlighted the mosaic of Guyanese culture.

Cho, who will be seeking re-election later this year as councillor for Scarborough-Rouge River, described Guyana Day as a “great event’’.

“We have a great country; we live in the best country. But, if people don’t participate in cultural events, it doesn’t mean anything,’’ Cho said.

“Always remember your home country; be proud of your cultural traditions and we share it together. And, that’s why Canada is a very culturally rich country.’’

The annual event is organized by the Guyanese Canadian Cultural Association that is headed by Mike Harris as president.

“We do this to get the Guyanese together every year. Things have gone well over the years; the only thing, we fight sometimes with the weather. But, we can’t control that,’’ Harris told Pride News Magazine.

“I’m happy overall and I’m glad that people are enjoying themselves.’’