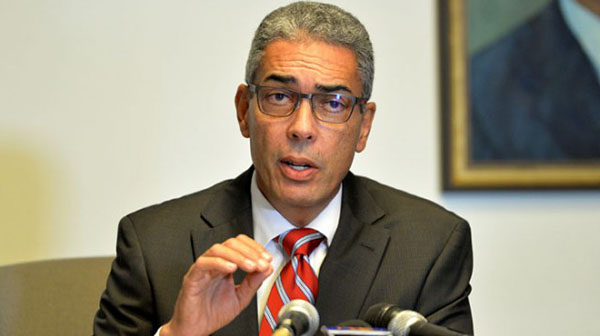 He said the figure, which now stands at J$80.1 billion (One Jamaica dollar =US$0.008 cents) is J$800 million above budget, and puts Jamaica in a “good position” to achieve the J$120.7 billion target for the January to March quarter.

In addition, he said Jamaica’s Net International Reserves (NIR) totalled US$2.4 billion at the end of March, to be “comfortably” ahead of the IMF’s target of US$1.5 billion.

Byles told reporters that tax inflows continue to perform well, despite the overall revenue intake of J$387.2 billion, at the end of February, being J$1.5 billion below target, indicating also that the tax revenue outturn amounted to J$354.6 billion, which was J$1.5 billion above budget.

The EPOC Co-Chairman said the top performing categories were company tax, which was J$1.9 billion above target; tax on interest which was J$1.7 billion over budget; and Special Consumption Tax (SCT), up J$1.5 billion.

The underperforming categories included telephone tax, which declined by J$1.4 billion; customs duty, down J$1.2 billion and tax on dividends, which fell by J$900 million.

In 2013, Jamaica entered into a four-year US$948.1 million Extended Fund Facility (EFF) agreement with the Washington-based financial institution.