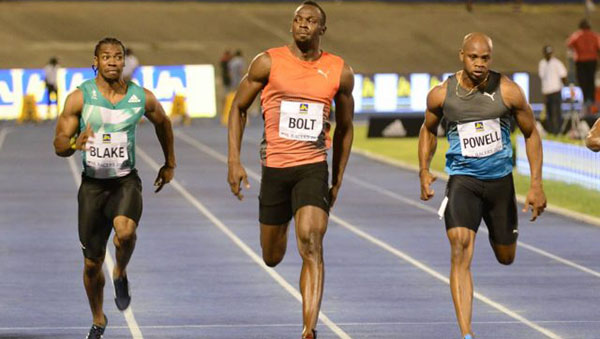 She was speaking with JIS News at the inaugural staging of the Racers Grand Prix, held on Saturday (June 11) at the National Stadium in Kingston.

The international track and field event, organised by the Racers Track Club, attracted some of the world’s leading athletes.

The Minister, who had earlier declared the meet open, expressed the hope that after the performances of the athletes, “we will be reassured that we will be coming home from Rio with gold and more gold.”

As it relates to protecting the Jamaican athletes from the threat of the Zika virus, the Minister said precautionary measures are in place.

“I am confident that the Jamaica Olympic Association has put all the necessary things in place, working closely with the International Olympic Committee (IOC) and with the organisers of the Olympics in Rio,” she said.

The Sport Minister told JIS News that brand Jamaica will be promoted at the Rio Olympics through the setting up a “Jamaica House” hospitality centre, where fans and visitors can experience the island’s culture.

The initiative involves collaboration with the Jamaica Tourist Board (JTB).

“We will provide entertainment so that the visitors who go to Rio to enjoy the Olympics will also be exposed to the Jamaican culture, cuisine, fashion, the Reggae music and all the exciting things that we have to offer,” Minister Grange said.

She noted that Jamaica House will be situated close to the Olympic stadium.

Minister Grange said Usain Bolt’s birthday will be celebrated on the last night of the Olympics.

“We expect to showcase some of the best international and renowned Jamaican artistes,” she informed.

Bolt won the 100-metre race in a season best time of 9.88 seconds. Nickel Ashmeade and Yohan Blake were timed at 9.94 seconds to place second and third, respectively, with Asafa Powell fourth in 9.98 seconds.

In the women’s equivalent, Fraser-Pryce won in 11.09 seconds, while American Barbara Pierre was second in 11.11 seconds, with Trinidad and Tobago’s Kelly-Ann Baptiste third in 11.15 seconds.

There were also creditable performances from Javon Francis, who finished behind Trinidad and Tobago’s Machel Cedino in the 400 metres, while Calabar’s Christopher Taylor placed second behind Great Britain’s Delano Williams in the men’s 400-metre A race.