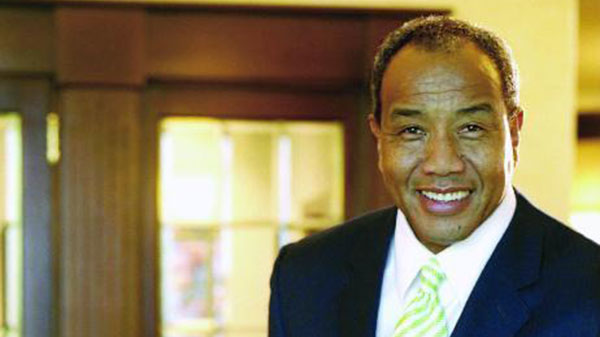 Michael Lee-Chin, 66, who received an honourary Doctor of Laws degree from the University of Toronto in 2007, is President and Chairman of the Canadian-headquartered Portland Holdings group of companies, which includes NCB Financial Group Ltd. (NCB) and Portland Private Equity (PPE).

If the transaction is approved, it will be the third time in four years that the majority shareholding of the bank has changed hands. Financial details of the agreement have not been disclosed.

Clarien said it intended to retain its branding after the deal and that it will remain committed to Bermuda, its employees and its clients.

The Royal Gazette newspaper reported, last Saturday, that Jamaica’s largest financial institution, NCB Financial Group Ltd., has reached an agreement with Clarien Group Ltd. to become its majority shareholder and plans to take a 50.1 percent stake in the company.

The transaction has received the approval of the Bank of Jamaica and there has been no objection from the Bermuda Monetary Authority.

The deal is awaiting final approval from Premier David Burt, as Minister of Finance, under the 1981 Companies Act. 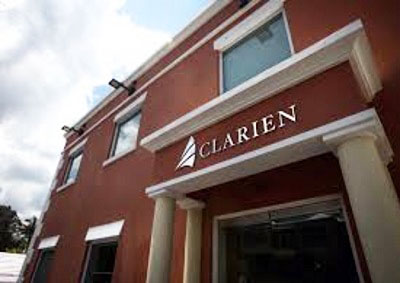 Edmund Gibbons Ltd., once the sole shareholder of Clarien, will retain a 31.98 percent stake after the transaction. The remaining 17.92 percent stake will be held by funds managed by Portland Private Equity, which is also part of the Portland group.

James Gibbons, a Director of the bank, said the partnership with NCB would strengthen commercial ties with two highly respected institutions and bring wider opportunities for Clarien.

“We are very excited by our partnership with NCB, which is one of the most successful financial services groups in the Caribbean, and the broader Portland group, which includes operations in Canada and other international markets. It will enable us to expand our offerings locally, regionally and globally.”

Lee-Chin is President and Chairman of the Canadian-headquartered Portland Holdings group of companies, which includes NCB and PPE. He visited Bermuda, last month, as the keynote speaker at the ruling Progressive Labour Party’s (PLP) gala celebration at the Fairmont Southampton resort.

NCB President and group Chief Executive Officer, Patrick Hylton, said “Bermuda is one of the world’s premier financial jurisdictions, and our alliance with Clarien is consistent with the strategic investments and joint ventures NCB Group identifies as key to growing our regional interests and driving continued growth and shareholder value.

“Our investment in Clarien reflects not only our confidence in the quality and value of the bank’s expertise, experience and services, but also those of Bermuda itself. In addition to its unquestioned natural beauty, the island has a natural affinity for business.”

“As home to many of the world’s leading financial companies, Bermuda is respected as a stable, sophisticated legal and regulatory jurisdiction, well equipped to meet the needs of international, high-net-worth and institutional clients and one that is committed to meeting global standards of compliance, regulation, and transparency,” Hylton noted.

“We are committed to contributing to the growth of Bermuda’s reputation to attract more business to the island, and thereby create conditions that will benefit the economy, as a whole,” he added.

Clarien Bank, previously known as Capital G Bank, was controlled by Edmund Gibbons Ltd. until January 2014, when it sold a four-fifths stake to a group of investors behind the Bermuda-exempted company CWH Ltd.

The bank, rebranded as Clarien, after the amalgamation. But in February 2015, Edmund Gibbons Ltd. acquired a 50 percent stake in CWH and, two months later, reacquired the remaining shares it had sold in Clarien and resumed total ownership of the bank.