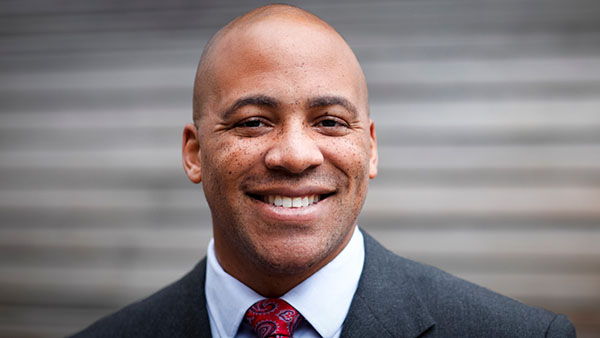 Shawn Richard is the President of the Canadian Association of Black Lawyers, which was supportive of the Law Society of Upper Canada's recommendations, as an important step forward, because of the pervasive problem of systemic discrimination in the legal profession. Photo courtesy of Lenkinski Law.

TORONTO, Ontario, December 13, 2017 — In a vote, on December 1 at the Law Society of Upper Canada (LSUC), benchers defeated a motion that would have provided lawyers an exemption from the statement of principles requirement for conscientious objectors.

After a four-year research and consultation, the Law Society came up with 13 recommendations in a report, “Working Together for Change: Strategies to Address Issues of Systemic Racism in the Legal Professions,” that were all accepted.

Recommendation 3(1) requires “every licensee to adopt and to abide by a statement of principles, acknowledging their obligation to promote equality, diversity and inclusion, generally, and in their behaviour towards colleagues, employees, clients and the public”.

However, this has been a bone of contention for bencher, Joe Groia, who recently put forward the motion and argued that the requirement is compelled speech.

Shawn Richard, President of Canadian Association of Black Lawyers (CABL), attended the Convocation, at which 16 benchers voted in favour of the motion and 38 voted against.

He says the statement of principles is still in place, without this conscientious objection exemption.

Richard adds he wouldn’t group them all into one category, because he does not think it is that simple, but he thinks “we would be naïve to believe that there aren’t people in the profession who just don’t believe these are legitimate goals of the Law Society.”

CABL had written a letter to LSUC treasurer, Paul Schabas, dated November 3, 2017, which repeats its position that the 13 recommendations that were approved on December 2, 2016, are just the starting point, “but in the spirit of compromise, we supported those recommendations as an important step forward,” says Richard.

In 2013, the Law Society conducted a qualitative and quantitative research to determine what were the challenges faced by racialized licensees, and they came to the overwhelming conclusion that there were significant challenges — and that they needed to do something.

“As an example of one of the questions in the survey that arose from a focused group interview, it stated, ‘It is important to reduce discrimination but the profession’s main responsibility is to the client and making sure they’re being served by competent lawyers and paralegals.’

“So in our view, this sur proposition wrongfully makes the point that combatting discrimination is somehow tied to competently serving the public. The implication is that by combating discrimination you somehow reduce the skills and experience of lawyers and thereby jeopardize the quality of service the clients receive. Or, in other words, racialized licensees are less competent than non-racialized licensees to be perfectly blunt,” Richard explained.

This provides part of the context of what prompted the Law Society to act, said Richard.

“It did its due diligence, performed its research, came up with 13 recommendations, including the statement of principles and all of those recommendations were hotly debated, but ultimately approved on December 2, 2016 at Convocation.”

He noted the Groia motion was a reconsideration of the first obligation of the 13 recommendations.

Each licensee is required to prepare a statement of principles, and on their annual report they’ll be required to acknowledge whether or not they’ve fulfilled that obligation.

“Now that’s on the Law Society’s end. There is, however, an application before the court challenging the statement of principles, and that’s ongoing.”

Lakehead University law professor, Ryan Alford, is requesting an interim injunction and seeking a declaration that the requirement is unconstitutional and contrary to the rule of law.

At this point, if lawyers do not comply there is no consequence, but the Law Society will revisit that issue in the future.

Richard said right now the Law Society’s focus is on education, because one of things that has come out as a result of this recent motion, is a lot of licensees were unaware of their existing obligation under the rules of professional conduct.

Richard said these are important issues not just for the legal profession but, more importantly, for the public.

He said the statement of principles isn’t focused inwardly towards the profession — it’s about lawyers’ obligations and towards clients, staff and the public.

The Law Society also released a guide to clarify recommendation 3(1) in the report. 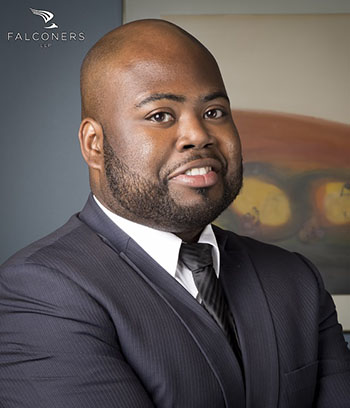 Meanwhile, Anthony Morgan, a lawyer at Falconers LLP, says the recommendations are a positive and important step towards “creating a legal profession that is more representative of the public we are sworn to serve as officers of the court”.

He said they are an effective way to raise a critical race consciousness within the legal profession.

“The need for this is most especially apparent in the area of criminal law. It’s galling when you go to any courthouse in the GTA and you see that the overwhelming majority of the legal professionals (from court clerks to judges) are white, or at least, not of African descent, while the accused and the family and friends supporting them are overwhelmingly Black,” says Morgan.

“While on the one hand I appreciate the effort, this is, in my view, in some ways, the Law Society sort of the pot calling the kettle black. I take issue with a number of pieces. The legal community is such a boys’ club and such an Anglo-Saxon club, things are changing but, obviously, the equity issues is a deep-seated problem. But I think the Law Society needs to put a mirror up to itself, and ask itself some real introspective questions about their own composition,” she opined.

Gebresellassi said the Law Society’s report found that racialized licensees are underrepresented in the courts. 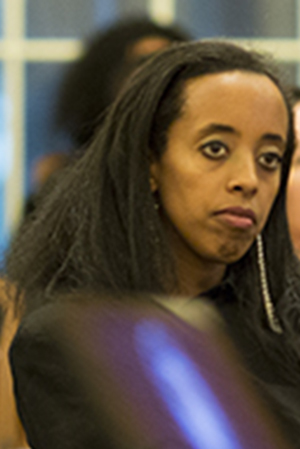 “I would compel our governing body to say, okay, well we need to not just tell people you have to sign up to a statement that says I believe in equity or diversity, you actually need to give up your power. Those are the questions I want to ask my governing body. This is not just about saying I believe in diversity, this is about giving up your power and giving it to folks who traditionally have no power,” she added.

Having said that, however, Gebresellassi mentioned she would give the Law Society an ‘A’ for effort, but noted that it is going be challenged, as there is a legitimate charter issue, in terms of free speech, “because we’re requiring members of the legal community to say this is what I believe in and that’s a tall order”.

She said the divisive issue surrounding the statement of principles has shifted the whole conversation to one about free speech – “which isn’t targeting the real issue, which is about power distribution. Who gets the power? Who gets to become a judge? Who gets to become a lawyer and when we become lawyers and judges, how are we treated in this country?”

Gebresellassi said any step to fight back against the deeply entrenched racism within the legal community is positive, but “we need to keep our eyes on the prize and ask the hard questions, because now we’re in the big debate about free speech, and we need to get back to the real question, which is about who has the power, who has the wealth, who has all the opportunities in the legal community, in this country, in this province”.

The Ontario Bar Association, Federation of Asian Canadian Lawyers, South Asian Bar Association of Toronto and Criminal Lawyers Association have all expressed support for the statement of principles requirement.

The Law Society of Upper Canada regulates Ontario’s lawyers and paralegals in the public interest and facilitates access to justice for the people of Ontario.