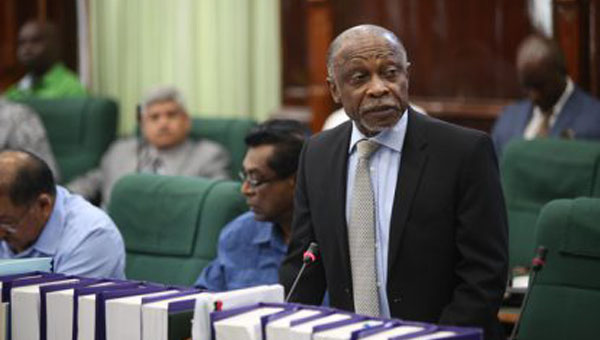 GEORGETOWN, Guyana, January 24, 2019 (CMC) – The government of Guyana says it is gravely concerned, about the deepening of the political crisis in the Bolivarian Republic of Venezuela, and supports calls, made at both the regional and international levels, for immediate dialogue, involving all political and social actors, with a view to the preservation of the democratic process and a return to normalcy.

In a statement, today, the Granger-led administration said that it remains firmly supportive of efforts to resolve the crisis, through peaceful means, and with full respect for human rights and the rule of law.

Meanwhile, Foreign Affairs Minister, Carl Greenidge, who is in the United States, held discussions, yesterday, with the US Deputy Secretary of State, John J. Sullivan.

According to the US State Department, both men commended the strength of the US-Guyana partnership, with Sullivan affirming Guyana’s sovereign rights and jurisdiction within its Exclusive Economic Zone.

They also spoke about preparations for Guyana’s upcoming national elections, as well as the importance of US-Guyana cooperation for Guyana’s safety and security in light of instability in Venezuela.