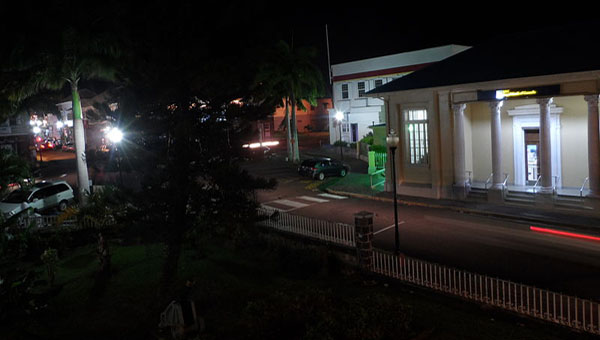 A RBC Royal Bank branch in Basseterre, Saint Kitts and Nevis, in a view from the Circus Grill restaurant and including Fort Street. RBC has operated in the country since 1914. Photo by Gertjan R. - Own work, CC BY-SA 4.0.

ST. JOHN’S, Antigua and Barbuda, September 4, 2019 (CMC) – The Royal Bank of Canada (RBC) has sought to downplay reports of its impending departure from the Caribbean, saying that such rumours have been around for more than 99 of the 100 years it has had a presence in the region.

“While we originated in Canada, we have deep roots in the Caribbean and the countries, where we operate, with a vested interest in the growth and development of our communities,” said RBC’s Director of Sales, Effectiveness, Strategic and Corporate Communications, (Caribbean Banking), Jacqueline Taggart.

The Antigua and Barbuda government, which is seeking to prevent the sale of another Canadian bank – Scotiabank — to the Trinidad and Tobago-based Republic Financial Holdings Limited (RFHL), said at the end of last week’s Cabinet meeting, that “another Canadian bank is reportedly selling its assets to local banks in the Caribbean jurisdictions in which it operates”.

Information Minister, Melford Nicholas, speaking at the post-Cabinet news conference, told reporters “You will recall, not so long ago, we actually had RBTT (Royal Bank of Trinidad and Tobago) operating in this market and there has been some movement between RBTT and Royal Bank of Canada”.

“The effect of it, at the end of the day, is that RBTT left these shores, (and) we have Scotiabank now leaving. I believe the same is probably going to be true for Royal Bank of Canada,” he told reporters, adding that he is aware of negotiations between RBC and other entities.

“It really behoves the governments of the Caribbean, and Antigua has taken the lead on it, that we want to ensure that there is greater resiliency in the local banking sector and that the local banks are really going to be the salvation of our future. 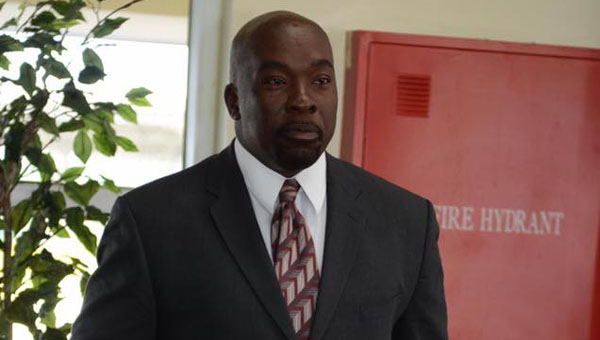 “So, where you have this consolidation taking place and exit from the region, it is really going to be left up to us to build up our own resources, our own banks, our own institutions, and I think that is the essence and ethos behind the prime minister and the government of Antigua and Barbuda’s insistence that the resources that would remain when Scotiabank leaves, are really (for) the depositors of Antigua and Barbuda,” he said.

But Taggart, in an email response to OBSERVER Radio, here, said that “RBC has had a presence in the Caribbean for more than 100 years. Rumours of our impending departure have likely been around for more than 99 of those years”.

She said that for several years, RBC Caribbean Banking has been on a path to become the “premier digitally-enabled relationship bank in the Caribbean markets we serve”.

“We continue to base our strategy and growth in the region on three imperatives: build a high-performance culture; focus on and expand our relationships with our clients by providing solutions and services they value; and leverage RBC innovation and capabilities to serve our clients with excellence, anytime and anywhere.

“Our clients are our first priority and that commitment is constant in the strategic business decisions we make. Our ongoing focus is to ensure our business services, structure and priorities support our strategic vision, drive our financial performance and improve the client experience,” she said in the email, without denying nor confirming a pull-out from the island.

Meanwhile, the Antigua and Barbuda government said it stands “firm on the offer to purchase, and awaits the next step by Scotiabank Canada”.

According to the statement issued, after last week’s Cabinet meeting, ministers “examined the recently untenable situation, created by Scotiabank, following a decision by Republic Financial Holdings Limited of Trinidad to end its bid to purchase the Antigua Scotiabank Branch”.

“While nine branches in the Caribbean jurisdiction were being sold by Scotiabank to Republic Financial Holdings, Antigua and Barbuda insisted that Scotiabank—present in Antigua since 1961—must first offer for sale its Antigua Branch assets to a consortium of local banks and the government,” the statement added.

It said that the RFHL had “indicated by a writing to the Prime Minister, received on August 8, that it would not wish to purchase Scotiabank Antigua assets.

“The Prime Minister wrote, immediately, to both RFHL and to Scotiabank Canada, indicating that Antigua would purchase the Branch for the same amount that RFHL negotiated to pay. Scotiabank wrote to the Prime Minister, last week, to indicate that it would either sell to RFHL or close its branch.”

The statement said “Cabinet agreed to stand firm on the offer to purchase, and awaits the next step by Scotiabank Canada. Cabinet is persuaded that Scotiabank will eventually yield to the offer and that the benefits that will flow to Antigua and Barbuda as a result of the sale to a local consortium will be enormous—immediately and in the future.”

Last November, RFHL announced that it was seeking to acquire Scotiabank operations in several Caribbean countries.

Antigua and Barbuda and Guyana had initially expressed reservations about the proposed acquisition, with St. John’s indicating that it would not be issuing a vesting order to facilitate the move.

The RFHL statement said that the banks being acquired are located in Guyana, St. Maarten, Anguilla, Antigua and Barbuda, Dominica, Grenada, St. Kitts and Nevis, St. Lucia, and St. Vincent and the Grenadines.

It said that the purchase price is US$123 million, which represents US$25 million consideration for total shareholding of Scotiabank Anguilla Limited; and a premium of US$98 million over net asset value for operations in the remaining eight countries.