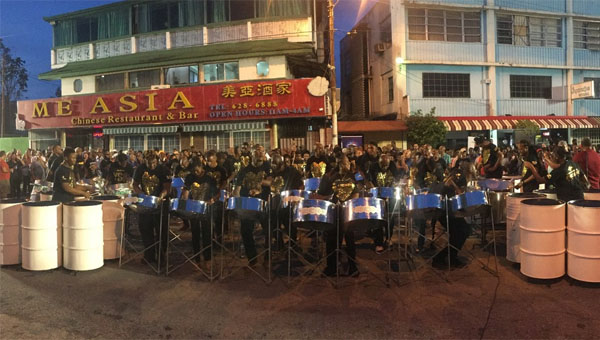 PORT OF SPAIN, Trinidad and Tobago, November 11, 2019 (CMC) – The United Nations Educational Scientific and Cultural Organisation (UNESCO) has designated the city of Port-of-Spain as a City of Music.

The announcement was made, last week on Tuesday, by Port-of-Spain mayor, Joel Martinez.

In making the announcement, Martinez said the Port-of-Spain four-year plan to action has been aligned with UNESCO Creative Cities Network’s mission.

“If we want to progress as a people and country, our capital city cannot remain the same,” Martinez told the attendees.

The mayor said the director-general of UNESCO decided to designate Port-of-Spain as a member of the creative cities network in the field of music.

“Almost every festival or cultural activity that passes through the streets of the city has some sort of musical accompaniment,” he noted.

He said the scope of the initiatives within Port-of-Spain’s four-year plan are both national and international, which would have benefits for many.

The music zones seek to establish locations, within Port-of-Spain, to promote music heritage as a driver for sustainable urban development.

The intention is to provide year-round opportunities for artists, musicians, en­trepreneurs, residents, nationals, visitors and the community to experience the twin-island republic’s music and creativity.

“We are looking at ways to maximise our cultural potential, and our creative city of music designation does just that,” Martinez said.