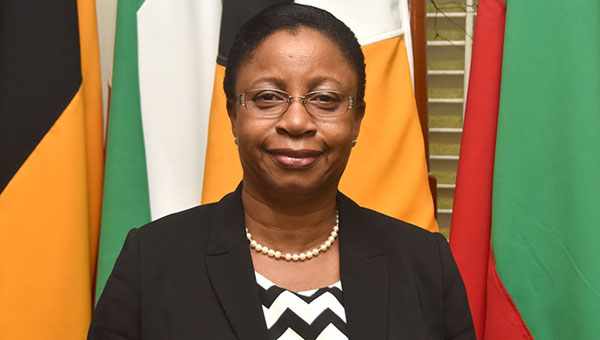 Guyana’s High Court Rules It Has Jurisdiction To Hear Injunction

“I am therefore cognizant, of the restriction that would require the approach to the courts, by way of election petitions. However, there can clearly be, cases where the courts’ supervisory jurisdiction can be invoked to ensure …the smooth operation or progress of the election proceedings or process,” the Acting Chief Justice said.

“A court cannot shirk its duty, in this regard, and shelter behind the contention that an election petition should be filed, when the case clearly does not so warrant.

“As such, having found that there is prima facie evidence to support the court having jurisdiction to hear this application, the respondents must be given a chance to be heard, in response, through any evidence they may wish to file,” The Acting Chief Justice added.

The PPP/C had earlier secured an injunction to block GECOM from declaring the results for the elections, on the grounds that the votes, declared for Region Four, were not completely verified.

Holladar had sought a number of remedies, including an order from the High Court that the declaration of the Region Four votes, by the Returning Officer, is in breach of the provisions of the Representation of the People’s Act and, as such, is unconstitutional.

He also wants a declaration that GECOM cannot legally, or constitutionally, declare the results of the regional and general elections, unless, and until, the Returning Officer or the Deputy Returning Officer for Region Four, complies with the process set out in Section 84 of the Representation of the People’s Act.

On Saturday, GECOM attorney, Senior Counsel Neil Boston, argued that the PPP/C had been premature in going to the High Court, asking it to intervene in an electoral process that has not yet been completed.

But Trinidad and Tobago-based Senior Counsel, Douglas Mendes, disagreed, saying “we are not asking the Court to intervene (in the elections)…and it is no comfort to anyone to say, as my learned friend has suggested, “well let us suffer an election official, who on the evidence, is apparently deliberately flouting section 84 (1), let us suffer that, let us have an election declared, let us have a government put into power, which on the evidence, should not be there, because you can then launch an election petition and let that go through the normal processes of the court, to reverse it, at some point in time, down the road”.

Boston told reporters after the ruling that he is disappointed at the decision, but will move ahead with preparing his submissions.

Former Attorney General, Anil Nandlall, representing the opposition party said the ruling, on Sunday, keeps everything as is, since all parties will have to await the final ruling on the matter.

The substantive matter will come up for hearing on Tuesday.

Meanwhile, on Sunday, GECOM said, as the constitutional agency responsible for the conduct of regional and general elections, here, it is cognizant of the series of events, which unfolded since the close of the polling, last Monday.

“While it is unfortunate how things have escalated, it is the intention of the Guyana Elections Commission to abide by all legal and procedural requirements, to conclude its work,” it said in a statement.

It added, that the mandatory injunction, granted against the Commission and Lowenfield, last Thursday, has “as a consequence impeded the finalization of the Commission’s work”.

“The recent action of the Chief Election Officer, indicating to the Chairperson and Commissioners, that his report, in the relation to the final declaration, was completed, was not intended to disregard the Court proceedings, but rather, apprising the Chairperson of the completion of the document, that she may convene a meeting at her convenience. In relation to this matter, no meeting was scheduled.

GECOM remains resolute in the fulfillment of its constitutional and statutory obligation,” the Commission pointed out.