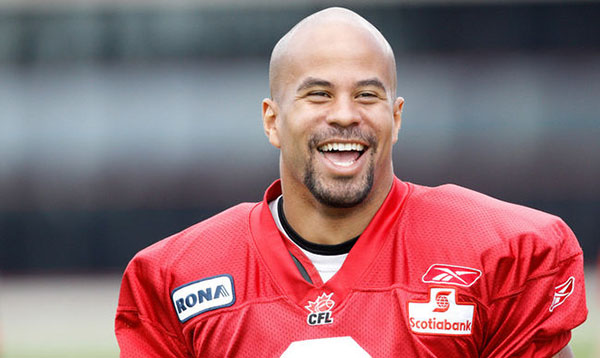 TORONTO, Ontario – The Canadian Football League announced last week the 2013 Gibson’s Finest Most Outstanding Players for the East and West Divisions and they included a record number of Canadians. A total of seven Canadian players were honoured for eight most outstanding player awards, the most in league history.

“Our players continue to play at an extremely high level, setting new records and providing our fans with exciting games and an exciting product,” said CFL Commissioner Mark Cohon. “On behalf of our entire league and our fans, congratulations to all of this year’s divisional winners — a very well deserved honour.”

This year’s winners are:

This marks the first time that both divisional winners for Most Outstanding Special Teams Players are Canadian since the award’s inaugural season in 1999.

The last time both East and West Most Outstanding Offensive Lineman were both Canadian was in 2008 when Scott Flory and Gene Makowsky were honoured.

The East and West Player Award winners were selected by 77 voters, including members of the Football Reporters of Canada (FRC) and CFL head coaches.