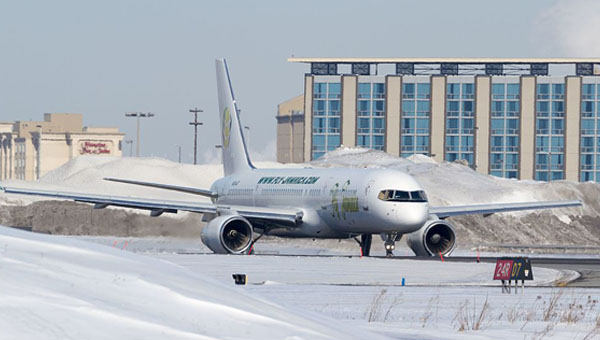 KINGSTON, Jamaica, December 22, 2018 (CMC) – A High Court judge has awarded Fly Jamaica Limited US$4.2 million in damages, for breach of contract against ADS Global Limited, the company that operated the airline’s call centre, from 2012 to 2014.

Justice Carol Edwards, gave the ruling, yesterday, in the Commercial Division of the Supreme Court, after the airline, which began operations in 2012, claimed that ADS Global acted, unlawfully, by closing its call centre on May 18, 2014, without proper notice.

The airline argued that less than five days’ notice was given and that ADS said that the closure was because of the airline’s failure to pay for services rendered.

But Fly Jamaica said it had disputed certain invoices for payment.

In the ruling, the High Court found that at the time the call centre was shut down, Fly Jamaica had not been given the required 14 days’ notice, as stipulated in the contract.

The shutting down of the call centre sent the airline scurrying, as passengers and potential customers were unable to reach the company, to make reservations or to receive any information on flights that had already been booked.

Attorney Stacey Knight said that to add insult to injury, at the same time when the call centre was shut down, ADS also directed Columbus Communications Limited, which was then trading as LIME, to disconnect the airline’s telephone lines and Internet services.

At the time, ADS was acting as a reseller of Columbus Communications Limited’s services and was therefore a middleman between the airline and the telecoms giant.

The judge found that this action, too, was a breach of contract by ADS Global, because at the time, Fly Jamaica was up to date on all its telephone and Internet bills.

ADS had contended, in its defence, that adequate notice was given and had made a claim against Fly Jamaica for US$50,000 owing, which the court granted.